What Do Current Valuations Tell You About Prospective Returns? 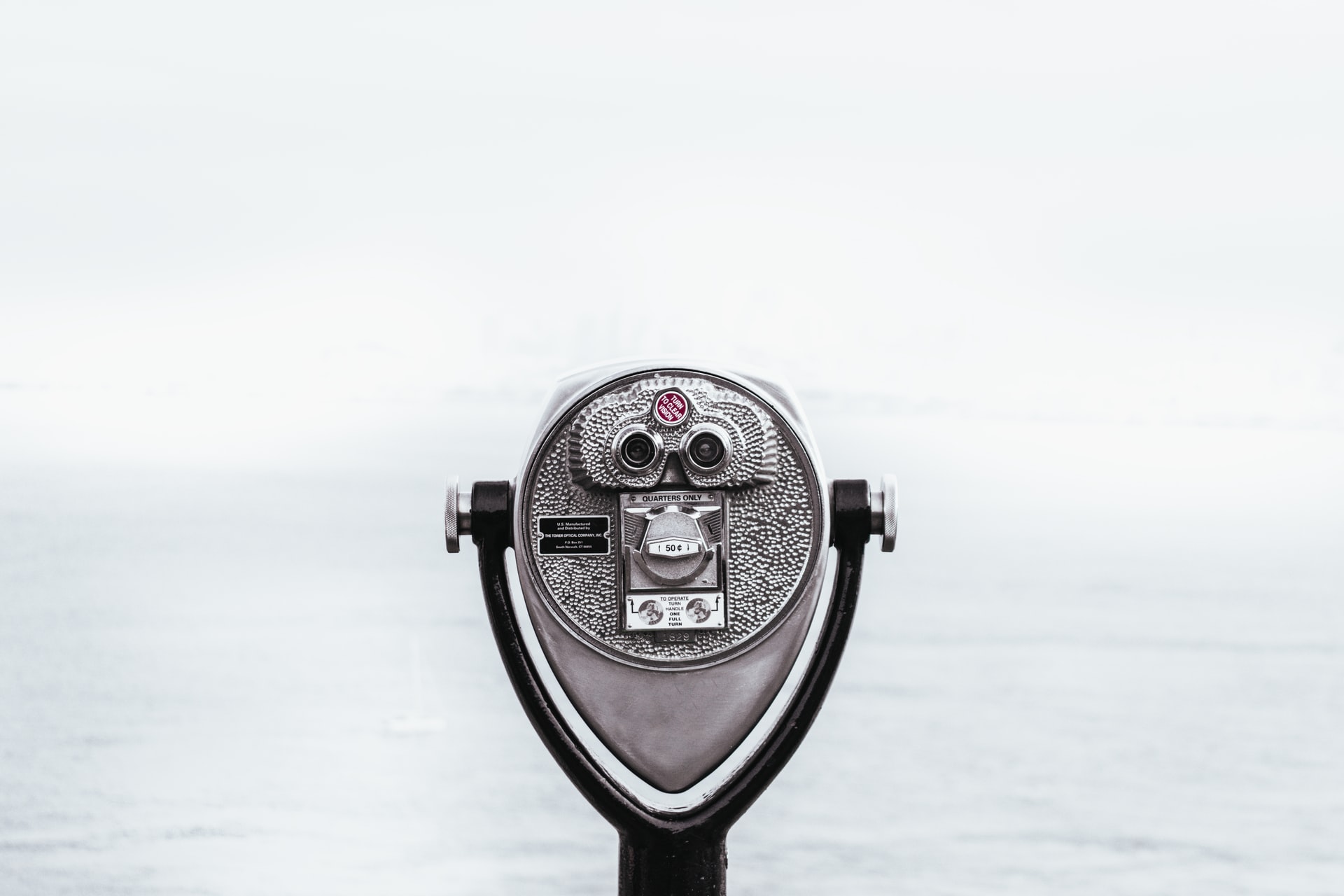 What Do Current Valuations Tell You About Prospective Returns?

The returns that you generate in the equity market is a function of probability. It is difficult to predict what returns you would generate, as the returns are a function of multiple possible outcomes that could play out during your investment period. But we can still use historical evidence to estimate whether the odds are in your favour or not.

What do the following examples of 3-year and 5-year returns tell you about the stock market? 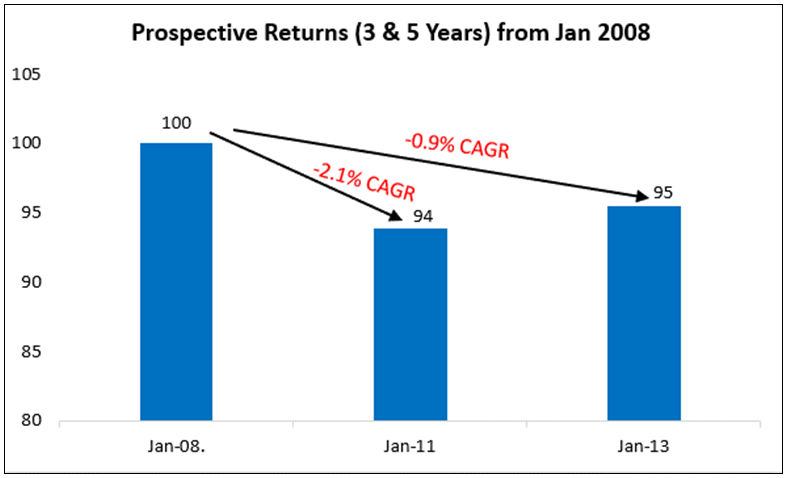 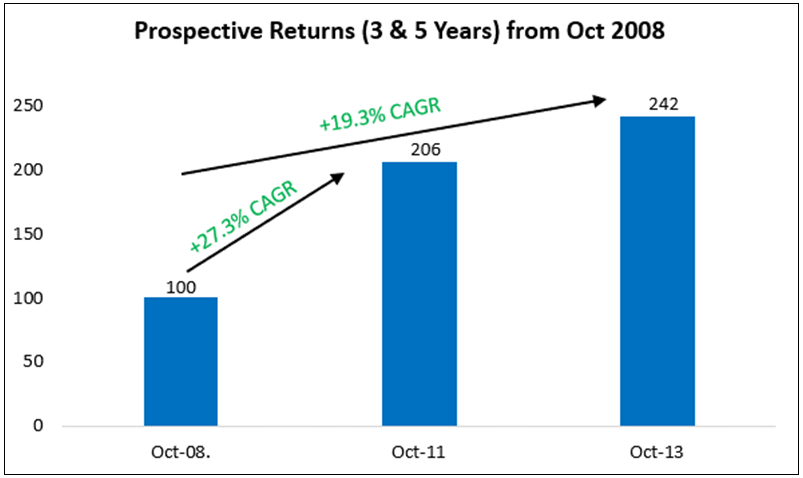 We have been very selective in quoting the above examples. In fact, in example # 1, we have calculated prospective returns when the valuations were above +2 SD (based on normalised valuations).

But you get the point, right?

Let’s us understand this with the example of Nifty’s valuations and prospective returns of 3 years and 5 years when the normalised valuations reach + 1 SD. 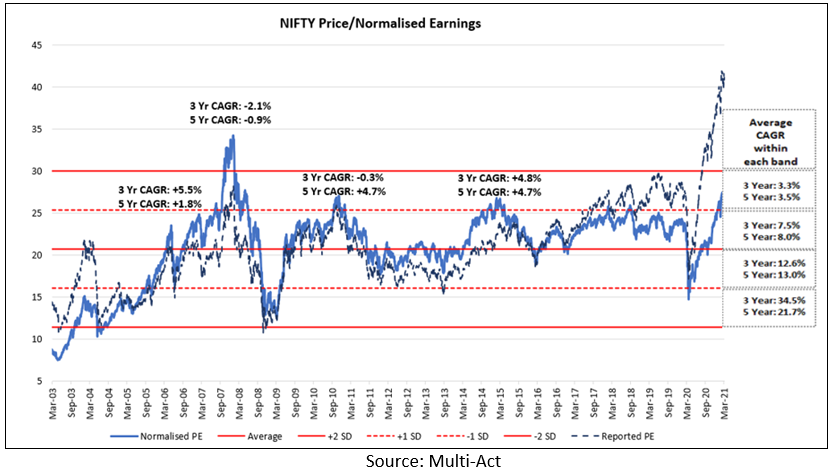 From the above chart,

Whenever the normalised PE of Nifty goes above +1 SD, prospective return for 3 year and 5-year period shows a low single-digit return (even negative returns).

In the extreme case (Jan 2008 market peak), when the normalised PE went above + 2 SD, the prospective returns for the next 3-year and 5-year were negative.

Now let’s look at the table on the right of the chart.

The table shows the average 3 year and 5-year CAGR from any given point within each standard deviation band.

Thus, if we look at it from a perspective of probability, the probability of making high returns diminish as valuations become expensive.

Clearly, the more you pay for an asset relative to its underlying fundamental returns as a business, the less return you should expect to receive going forward as a shareholder.

Apart from poor returns, an investor suffers from the drawdown risk. The below table shows the worst loss that the investor had to face over the next 3-5 year holding period during those 4 historical points shown on the chart.

Higher the Valuations, Steeper the Drawdown

Thus, not only did the investor end up with poor returns, but he had to go through gut-wrenching mark-to-market loss in the interim.

The steeper the drawdown, the more daunting it is to get back to the starting point.

Not all investors have the ability to withstand such losses. More importantly, few have the discipline to hold on through the pain and may sell at the wrong time to minimise losses just as the odds in favour of the investor are improving.

The disciplined few, who may hold on, would be rewarded with only a low single-digit return at the end of 3-5 years.

Thus, at the end of 3-5 years, the investor would wonder if it was really worth it.

Through this analysis, we are not suggesting a market crash is imminent. For someone who decides to invest today, might still end up making decent returns after 3-5 years if current high valuations go higher or remain the same.

Similarly, investing when the valuations above +1 SD suggest a higher probability of mediocre returns in the coming 3- and 5-year period. Clearly, the odds are stacked against an investor today.

Considering the current market valuations, it is better to prepare for low returns and invest accordingly rather than expect high returns and be disappointed.