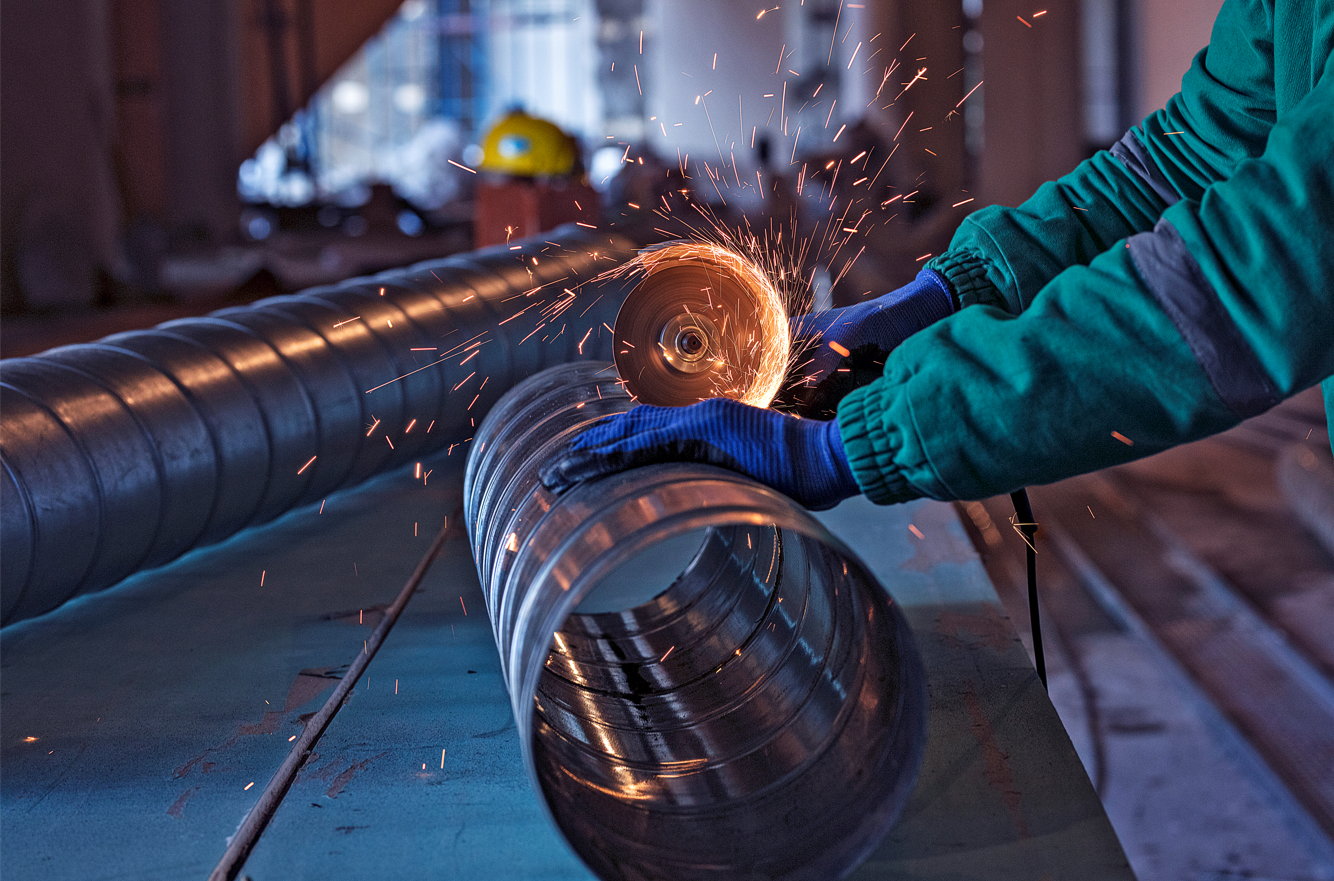 In the news recently for the wrong reasons and free falling stock price, this company, one of the top steel makers in India, came up our research radar a couple of years ago (Sep 2012 to be precise) when one of our institutional clients had requested us to analyse it (based on specific issues concerning its balance sheet).

The stock price was around the INR 470 level then and its technical chart looked stronger compared to its domestic peers who were facing negative headwinds and their stock prices were dipping southward. Therefore, while the market focused on top-line growth, aggressive capacity expansion and better-than-peer margins of this company, our analytical conclusions were based around the following points:

Let us examine these points in detail:

Almost all of the aggressive capacity expansion plans of the company were funded by debt (including preference share capital, which is non-convertible) due to insufficient internal accruals. This led to alarmingly (well, not alarming to their lenders!!) high leverage on the balance sheet.

As can be seen in this table, in some years, EBIT was not enough to even pay the interest expenses (based on amount of incurred interest).

Strangely enough, there was a visible decline in how well the company was utilizing its core assets i.e. its fixed assets turnover (even after adjusting for CWIP), leading to a question as to whether the ‘capex’ was well spent?

With the help of this preference share allotment, the company was financing its capex without any resultant impact on profitability. The dividend and the premium on redemption (which is actually the interest exp.) were not being routed through the P&L and were directly charged to the net worth.

Significant leverage by the company to fund its expansion was in the form of foreign currency borrowings. Forex borrowings made up for more than 1/3rd of the total debt outstanding as on March 2012. Also, the company was not hedging any of the exposure related to that, thereby exposing itself to currency fluctuations in a significant way.

Another eye-catching point here is the aggressive capitalisation of expenses. Earlier “preoperative expenses capitalised” were just 1-2% of the total revenue of the company. However, from 2010, they jumped to the tune of 7% of total sales. Interest expense capitalization also has had significant impact on the company’s financials (as shown below). Therefore, with such accounting manoeuvring, the company might have been able to report higher margins as well as OCF (Operating Cash Flows). In addition, our analysis suggested that once the planned capacities became operational (and the company is not able to capitalize pre-operative expenses and interest expense any further), future profitability could be adversely affected.

Nearly 1/4th of the increase in the “Gross Block” was coming from interest capitalized. While one could see it in the reference of debt taken to fund that and the higher debt-to-equity ratio deployed by the company, the ill effects of ‘easy money’ flowing into mal-investments usually show up in pronounced ways when the tide turns down along with a higher risk of shareholders’ net-worth getting wiped out due to high leverage.

Impact on Profits: As can be seen below, significant portion of profits would have been wiped out if the total interest expense was being expensed.

Even on peer comparison (though there might be differences pertaining to Debt/Equity deployed for funding new projects, specific purpose loans with different interest rates etc.) the extent of interest capitalization was distinctly higher in the case of this company. Interest capitalised as % of total Interest Expenses:

Increase in Gross Block and CWIP due to Interest Capitalisation:

Apart from the above mentioned issues, there were some other clear signals emanating from our analysis which raised enough red flags for a risk-oriented investor.

a) M-Score: One of the indicators which shed some light on the likelihood of earnings manipulation is the M-Score (by Messod D Beneish, Professor, Indiana University). In this company’s case, this score gave enough warnings to a risk-oriented investor in the form of frequency distribution where 7 out of 15 years were in the risky zone. Please refer Appendix #1

b) AZS: The Altman Z Score, which is an indicator of possible stress on the balance sheet, also reflects continuing weakness.

c) Cash Conversion Cycle: Apart from heavy borrowings to fund the capex, which causes a strain on the balance sheet, even the working capital cycle deterioration warranted caution.

What is also noteworthy here is that apart from increasing inventory days (also reflected in worsening asset turnover), marked decline in payable days (credit period available to company) suggested that despite market share gains and increasing scale etc. suppliers were unwilling to extend a longer credit period to the company as opposed to lenders who were very comfortable, it seems, in extending a credit line to the company.

d) Grade: Our propriety score sheet on assigning Grade (business quality assessment) suggested a very poor score for the company, and therefore, we have classified it as Grade B- (Range is A, B+, B, B- and C; A is best, C being the worst). An interesting point here is that despite aggressive market share gains and robust sales growth, lack of free cash flow generation coupled with higher leverage and declining return on capital ratios had a telling effect on the quality parameters we use for assigning a grade.

Essentially speaking, we could draw the following observations within the “3 Bs” of investing:
1) BUSINESS – Cost of capital-type Business with no competitive advantage.
2) BALANCE SHEET – This is where TROUBLE is!
3) BARGAINS – Not so cheap. Given the B/S troubles, no margin of safety could be enough.

#3- Calculations: All calculations are as per the Multi-Act framework using publicly available information.