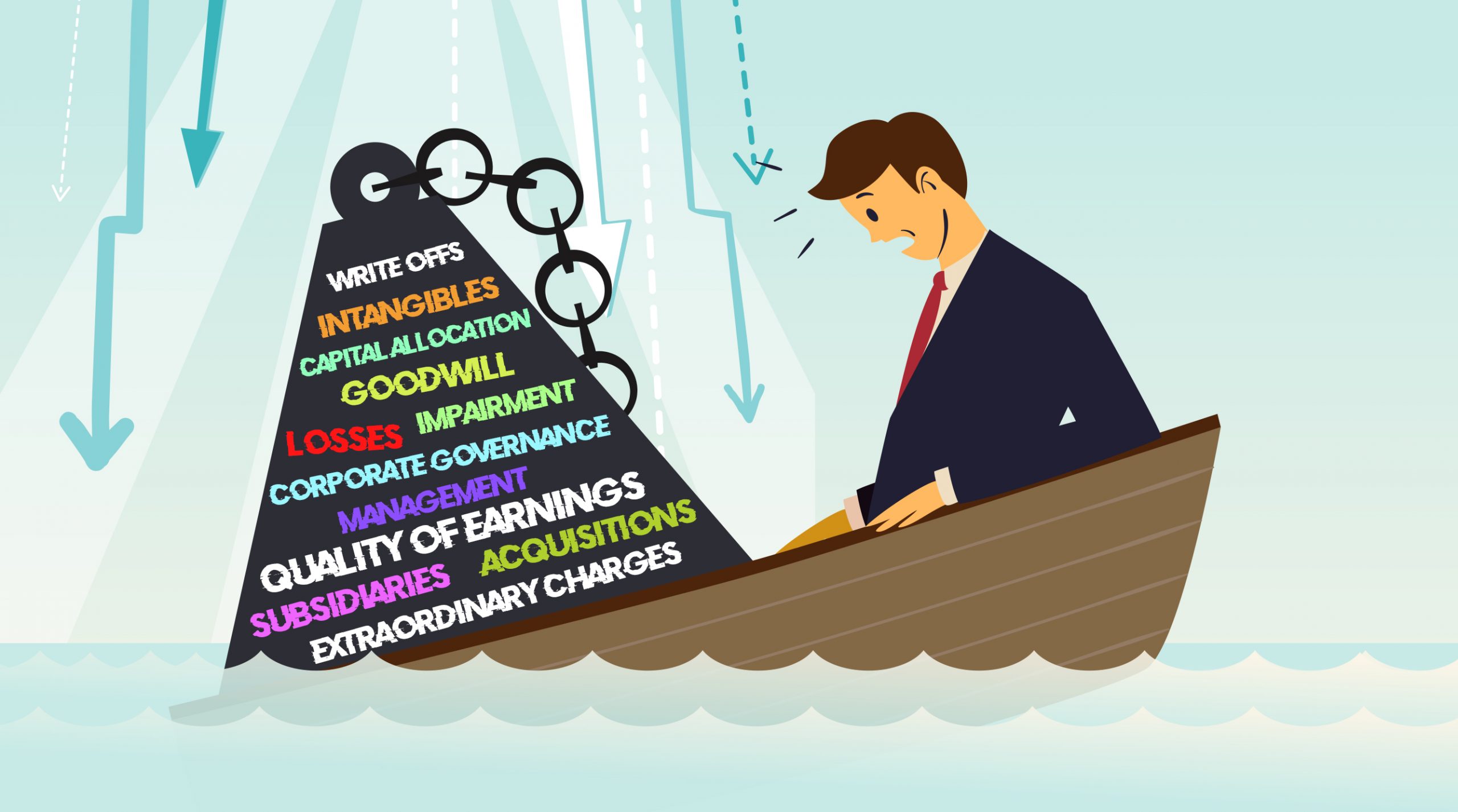 Few weeks ago, an Audit firm resigned as statutory auditors of a Mauritius based material subsidiary of an Indian Agrochemical company. The reason mentioned was “In order to reorganize the audit process to improve productivity, at the request of the Company”. The Indian sub-licensee audit firm of that main audit firm will continue to carry out the audit of group’s consolidated financials of the Parent Indian agrochemical company.

The market reacted negatively to the news. Mr. Market’s negative sentiment is stemming from some recent cases where sudden resignation of auditors brought spotlight on several issues in those companies. Some of the companies where auditors have resigned recently include – Reliance Capital, Reliance Home Finance and Vakrangee (PWC), Manpasand Beverages and Fortis Healthcare (Deloitte), ILFS Engineering and Construction (BSR and associates). So, out of turn auditor resignation is seen as one of the indicators of possible poor corporate governance and quality of earnings (QoE) issues.

Quality of earnings, quality of reporting and quality of corporate governance are few key metrics to understand the quality of management and the company. They show the character of the management and probability of fair treatment to minority shareholders.

In our view auditor’s sudden resignation can be a red flag but it is not a conclusive evidence of any issues in a company. At Multi-act we evaluate different other parameters such as related party transactions, shareholding pattern, extra-ordinary items, cash flow generation, leverage levels, group structure etc. to determine a company’s Quality of Earnings, Corporate Governance and Capital Allocation.

Here is an evaluation of this company from Multi-Act’s quality lens.

The company currently has a complex structure with 231 subsidiaries (including step down subsidiaries) resulting in lack of transparency and difficulty in analysing the financials of each subsidiary. High number of subsidiaries currently is also due to acquisition of Japan based agro lifescience company in 2019. Management intends to reduce the number of subsidiaries to around 120-130 over next 2-3 years. In FY 2019 the company’s standalone operations contributed only 39% to the consolidated sales while remaining 61% sales were through various subsidiaries.

Net margin of some of these companies are abnormally volatile (partly due to effective tax rate differences). While, high volatility in margins reduces our confidence on sustainability of the subsidiaries’ profits and margins, company management attributes this to the nature of operations whereby the company invoices raw material / API sales to its Mauritius and Hong Kong based subsidiaries which then raise sales invoice to other subsidiaries around the world who then sell the final product to the end customer. Transfer pricing regulations, pricing regulation in each country, Forex fluctuations etc impact these transactions and thus the margins.

The company has charged large extra-ordinary expenses to its income statement in many years. Since these are non-recurring charges, market participants often exclude these items to determine the company’s normal profitability. However, in case of this company, these charges are quite frequent in nature raising doubts over the quality of earnings. Cumulatively these extraordinary items formed ~ 10% of cumulative ordinary PAT and wiped out ~ 8% of the net worth. Including the goodwill write off upon merger of a subsidiary, which was directly routed through net worth (refer note 3 below), these extraordinary charges would have wiped off 33% of the net worth.

3. Routing of income / expense directly through net worth: 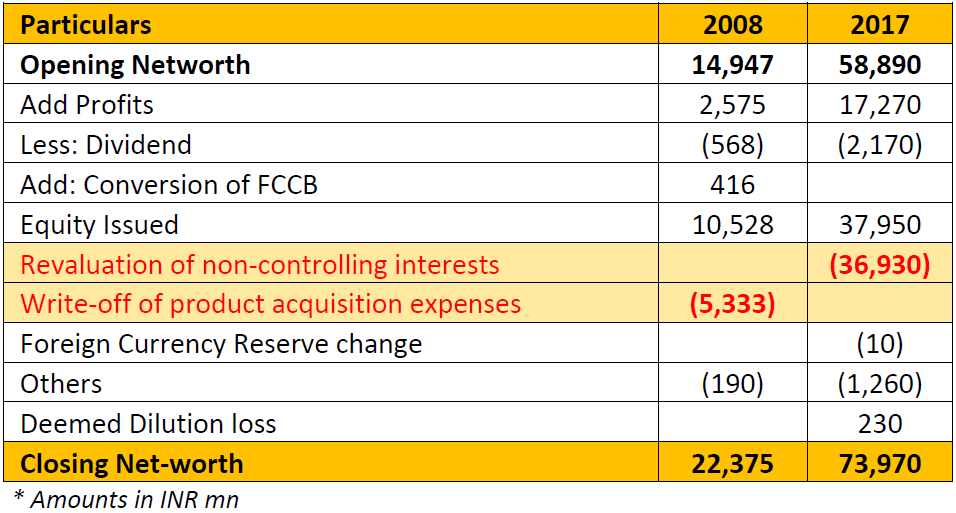 An interesting observation here is that on couple of occasions the discretionary write offs have coincided large credits to the net worth. In 2008 and 2017, the effect of large write offs and revaluation losses on net worth was minimized due to issuance of equity in those years.

While these accounting treatments would be in line with accounting standards, they might not reflect the true economic picture of the company’s financial position.

Consideration for the acquisition amounted to INR 314.5 bn (~USD 4.2 bn) which was funded through issuance of equity (USD 1.2 bn) & debt (USD 3 bn). Company had issued equity of Mauritius based key subsidiary to Abu Dhabi Investment Authority & TPG Capital (PE Investors). These entities now hold 11% stake each, while the company has 78% stake. The debt has a bullet maturity of 5 years. However, during Q4FY19, the management swapped USD 1,500 mn loan to EUR loans and USD 400 mn debt to JPY loan. 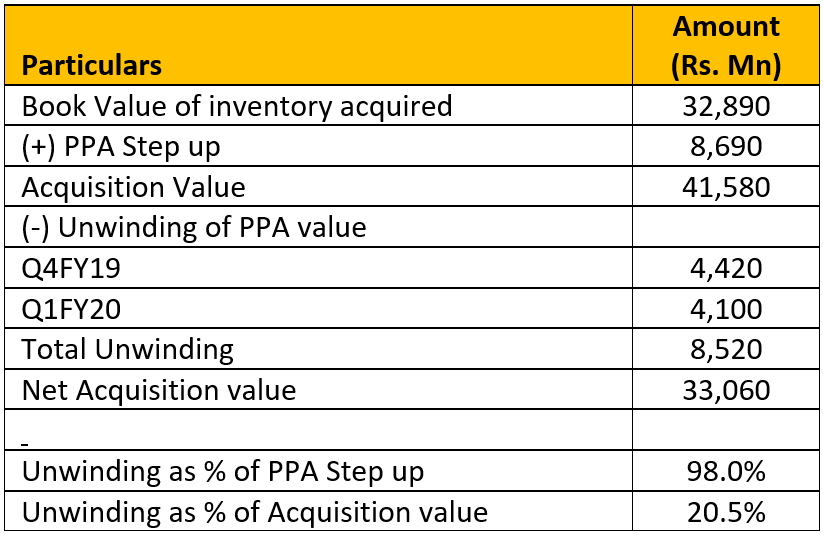 Paying up high valuation multiples, recognizing large intangibles and subsequent write off of acquired assets could possibly indicate poor capital allocation decision. In the context of the said acquisition, it’s worthwhile to add that the Management has guided that the company seems to be on track of achieving the expected synergies arising from the acquisition. It would be in best interest of the investors to track this metric closely in the coming quarter(s).

To conclude, the Mauritius subsidiary is a material subsidiary contributing ~ 20% to net profits and is also a direct holding company of recently acquired Agro lifescience company. Thus, fair reporting of the subsidiary’s financials is crucial for the company’s consolidated financial statements. Resignation of auditor in isolation might not be a cause of concern, however investors should be cognizant of the red flags raised by other issues in the company.

Complex web of subsidiaries makes it difficult to analyse the group activities, high fluctuations in margins and frequent extraordinary items raise a question on Sustainability and Quality of Earnings and large adjustments of acquired assets raise concerns on the company’s capital allocation practices.

Such issues have had history of triggering permanent loss of capital for investors. For institutional investors, this may even lead to reputational loss. It is thus important for investors to be aware of such potential investing landmines.

Multi-Act has embedded robust checks in its research process to flag off potential accounting, quality of earnings or corporate governance in companies’ financials. This is to ensure that investors understand the gravity of these issues and are aware of potential risks that may emanate from them.

Here is a case study where an e-commerce company, which was part of Nifty Quality Index. It had found its way into institutional portfolios, ultimately causing some of them some permanent loss of capital and reputational loss.