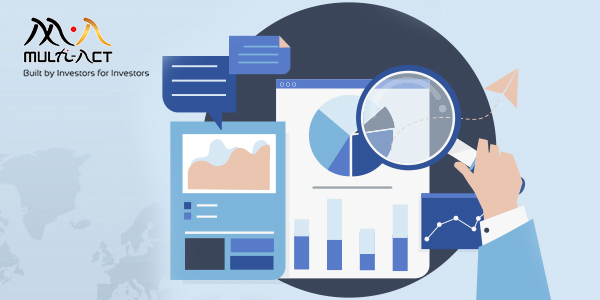 Introduction
“History doesn’t repeat itself but it often rhymes” – a quote said to have been penned by Mark Twain, has a large significance in the world of Finance. The Multi-Act approach has always been to put the company’s history under a microscope and identify if the past has given us any warnings and reasons to question the market’s optimism or pessimism. This helps us to pick quality stocks and minimize downside risk.

About the Company
We came across a company which operates a Multi-Level Marketing model for the distribution and sale of its range of cosmetic products for personal skincare and wellness.

USA, China, Japan, Brazil are the leading markets for cosmetics and skincare products. As per reports the cosmetics industry in these four countries combined clocked a turnover of USD
207 billion in 2017.

1320 million in December 2018 when we analysed the company. A key driver for this huge rise was the company’s entry into China. It received a much sought-after Direct Selling Licence (Chain Marketing/Multi-Level Marketing) in 2016. Our approach is to look into a company’s long term history, and we analysed the financials over a period of 17 years to understand what was driving the business, what the growth drivers were, and whether they were sustainable.

Our analysis helped us discover some red flags on both the business’ and the fundamental’s part, which we felt were strong enough to avoid the stock despite its meteoric rise. The distributors are usually users of the products; they are encouraged to sell the products to their close friends and relatives.

However, this kind of chain marketing has many similarities with the pyramid schemes (where only the persons at the top profit while no real product is sold, e.g. Business In Motion). There have been numerous instances of legislation and suits1 against multi-level marketing firms alleging that they are pyramid schemes.

There have been cases of regulatory crackdowns and outright bans; for example, China began a review of companies operating the structure as recently as 2017 following the deaths of two salespersons involved in multi-level marketing. At present, China happens to be the key market for the company.

Issue 2 – Volatile Sales growth
The company sells personal care products; this segment faces high competition from well-known brands and established players. The personal care industry has been known to be stable as the companies tend to have steady sales as a result of consumers being habituated to the products, which relatively have lower cost and have higher consumer involvement.

The growth in sales of the company, however, was much more volatile than that of its direct competitors.

Such volatility in sales growth is uncommon in the industry. To understand the reason for this, we took a look into the company’s numbers and fundamentals.

The main reason for the wildly fluctuating sales growth was that the company entered into a new market when an existing market slowed down. The first major market it entered was Singapore.

Singapore accounted for 76% of sales in 2001, but after years of de-growth, it was barely 3% of sales in 2017. The company got permission to enter China in 2016, which has been the key driver of sales growth in the last two years. This strategy of entering a new market when sales slow down would prove to be unsustainable.

Another issue we noticed was the inconsistency of disclosures. The company chose to report certain geographical segments when they performed well but chose to stop reporting them when they fared poorly. This also raises a question regarding consumer preference. The company’s model of chain marketing may push sales in the initial year or two but, the products are, after all, personal care products and consumer preference does matter. The sales growth spurts were coinciding with the increase in the rise of the company’s memberships (revenue per member declined at a CAGR of 9.85% from 2004 to 2017). It highly depends on the recruitment of new members and their active involvement.

Numbers such as revenue per member and the growth in members were not stable. The details of the active members were not published until 2017, and only 8% of the total members in 2017 were active according to the investor presentation.

A large portion of the company’s net worth is in the form of cash and cash equivalents balances. Nearly half of the cash balances do not even earn interest. The company has a negligible yield on investments, a low pay-out ratio, and has not explained what it intends to do with high cash balances.

It raised fresh equity investment and debt citing expansion requirements in 2014 and 2016 amounting to 12 mn. This was spent in 2016 for setting up a manufacturing facility in Taus,
Singapore.

However, as the capex outflow is significantly lower than reported cash balances on the balance sheet, it appears that the capital infusion was not necessary or could indicate that the cash balances are not freely available.

Issue 5 – High focus on China and possibility of Channel Stuffing Since the IPO of the company in 2004, the management has been slowly trying to enter the Chinese market which, being the second largest cosmetics and skincare market, is an understandable approach.

China’s complex bureaucratic environment and red tapes had stalled its expansion. It received a direct selling license in 2016, thereafter it proceeded to expand and set up its business in China (The stock price rise coincides with the company’s entry into China).
However, sales in China were not done through the direct selling model; instead it opted to export the sales to an agent.

This brings us to the next red flag. In 2017 the sales in China which accounted for 50% of the revenue were through a single distributor, and 38% of which were still receivable. This led to an increase in debtor days from a five-year average of 44 days to 78 days in 2017.

As of December 2017, 85% of the outstanding receivables were from this single customer.
This is indicative of the possibility of channel stuffing to boost year-end sales. Issue 6 – Higher than usual KMP remuneration
The entity is run by its two founders- Dora Hoan and Doreen Tan in the roles of Group CEO and President respectively. The remuneration to Directors and Key Managerial Persons (KMP) was close to 50% of the total employee cost in 2017 and about 20% of the PBT.

The director remuneration has been growing at abnormally high rates since 2014. This raises a red flag as the company which is promoter-run, seems to be treating minority shareholders unfairly

Conclusion –valuation not assigned considering red flags, low confidence on past numbers, margins and sustainability.
After looking at the detailed history, we found that both the fundamentals and the business of the company were unstable and difficult to predict. The company’s business model faces
regulatory risks. The volatility in sales growth and market share of less than 1% in Asia cosmetics market, reflected low consumer preference and retention.

The low active subscriber base, a large focus on China and potential channel stuffing, combined with the company’s inability to sustain sales levels after entering a new market, QoE issues like high cash balances, changing disclosures, high KMP remunerations etc. helped us decide to not assign the company a valuation.

Our focus on quality helps in avoiding strong drawdowns. At the time of our analysis in Oct 2018, the stock was trading at a price of SGD 1.70 following which it rose sharply to a peak of SGD 3.30 in February 2019 and then declined by about 51% to SGD 1.60 in April 2019. The sharp correction that it witnessed in February followed a report by a short seller alleging fraud in the China operations.

[1] Details of past and ongoing suits on various pyramid schemes can be found at https://pyramidschemealert.org