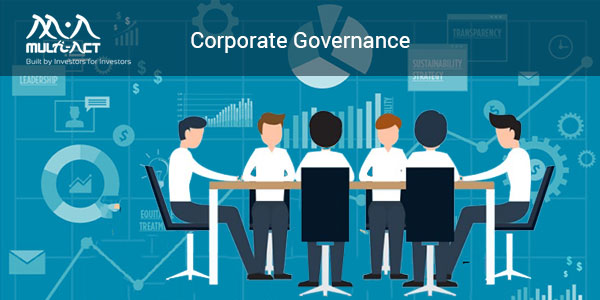 The less prudence with which others conduct their affairs, the greater the prudence with which we should conduct our own affairs” – Warren Buffett. High corporate governance standards and prudent capital allocation are few of the key requisites in Multi-Act investment philosophy. In the below article, we discuss certain quality of earnings and corporate governance issues encountered while working on a company.

Company under the discussion has over the years raised debt to fund CAPEX and acquisitions. Over last 2-4 years there has been significant jump in net debt. Some of the borrowed funds have been diverted towards “Loans to body corporates” in last few years, resulting in poor D/E ratio and Net Debt/OCF coverage ratio. High interest cost has impacted the profitability. Calculated Cost of debt is unusually higher (though as per Notes to Accounts interest rate charged is MCLR + 1-2%), similarly average yield on cash + deposits + loans is quite higher. While, adequate disclosures are unavailable explaining this, it could be the case that Debt / ICDs are being under-reported or Debt / ICD levels are higher during the year as compared to year end.

3. Loans to body corporates: A corporate governance issue –
Company has given certain loans to other body corporates. These body corporates are not disclosed under related party transactions.
In last 3-4 years there is significant increase in net debt and at the same time there is increase in these loans in absolute terms as well as % of Net worth and Net debt, indicating that borrowed funds were diverted to give loans rather than for business operations. Calculated interest yield on loans is too high indicating poor credit rating of the borrower and actual loans given during the year might be much higher than the closing balance.

While investors have been focusing on growth and thus indirectly on the income statement, analyzing the balance strength and promoter intent / corporate governance is of equal importance.
In the above case, all of the issues were clearly visible from thorough assessment of publicly available information, all one needs to do is deep dive into the information to assess the quality of earnings and corporate governance.