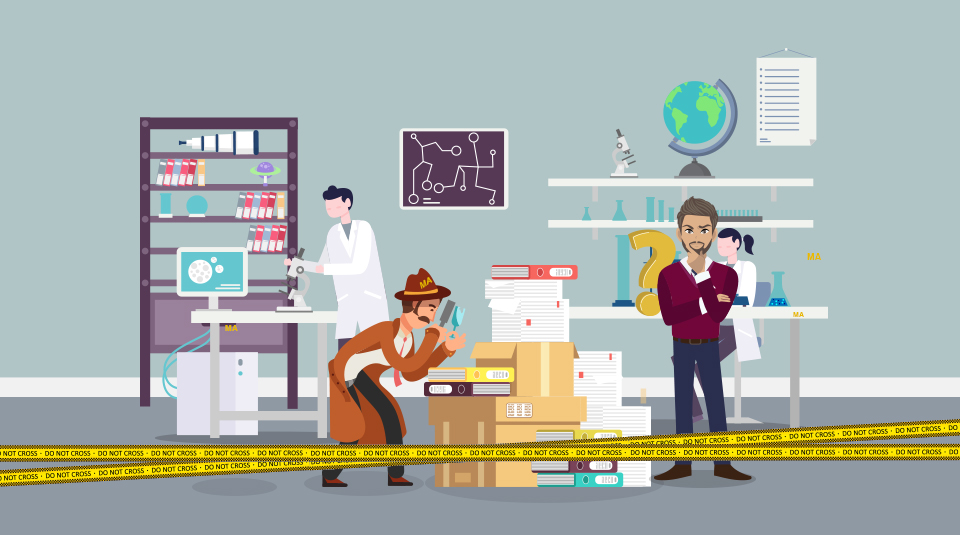 Pharma has been the flavour of the stock markets recently. While working on an India focused pharma company, we observed that the company had higher margins compared to its peers but when investigated further, we found that such high margins were actually aided by aggressive accounting assumptions and unsustainable tax advantage. In the below article, we discuss certain quality of earnings related issues we observed while going through this company:

Company earlier used to amortize the brands and trademark over a useful life of 10 years. However, on transitioning to IND AS in 2018, it started amortizing brands and trademarks over a 50-year period (this happened in its first full year reporting post IPO). More so, this coincided with a large acquisition – its biggest so far. This led us to dig deeper into it and analyse the same in detail.

Upon comparing company’s amortization policy to peers, we observed that most of the peers amortized their brand/trademarks over a useful life of around 10 years.

So, why would a company amortize it over 50 years? Do its drugs/products have better market position than peers? Data suggests that none of the company’s drugs are or have been market leader and generally have had a market share in single digits (and some are even losing market share).

Hence, the amortization policy looks aggressive and this has resulted in superior reported operating margins (higher by ~5-6% percentage points), and profit before tax (higher by ~15-18%) as illustrated below:

Company’s manufacturing unit enjoys tax incentives (100% rebate for income tax till FY 24, indirect tax benefits till FY 25). Since 2013, company is shifting its manufacturing from third parties to this unit, it has increased the part of revenue eligible for this incentive. This has resulted in lower effective tax rate at ~10% in recent years compared to corporate tax rate of 35% (reduced to 25% in FY 20).

Consequently, company’s operating margin and PAT are boosted as shown below:

Note: Actual income tax incentive before 2018 is not available. When the contribution from this facility was lower, effective tax rate was ~30%. We have used this as proxy to calculate income tax benefit related to prior years.

As can be seen in the table above, excluding these tax incentives, adjusted cumulative PAT (sustainable economic earnings) since 2013 would have been lower by ~30%.

Company had a net cash position (FY 19) and it had invested in mutual funds, equity instruments and others. And it also carried some short-term debt in balance sheet as at end of FY 19.

Investments formed ~30-40% of company’s net worth (FY 19) and were mainly invested in debt/liquid funds, however noteworthy is a fact that credit risk funds (these are the riskiest among debt fund categories) accounted for ~20-25% of total investment, i.e. ~5-10% of net worth (FY 19).

Further, company had ~60% of its investment in Franklin Templeton MF schemes (Franklin announced voluntary winding up of these schemes in April 2020) at end of FY 19. However, company had a narrow escape as they used the cash and investments to repay the short-term debt and make a share buyback in FY 20. This brought down the total investments to ~6% of net worth in FY20.

Nonetheless, Franklin Templeton’s credit risk funds accounted for ~45% of the remaining investments which was ~3% of net worth for FY 20 (refer working below). 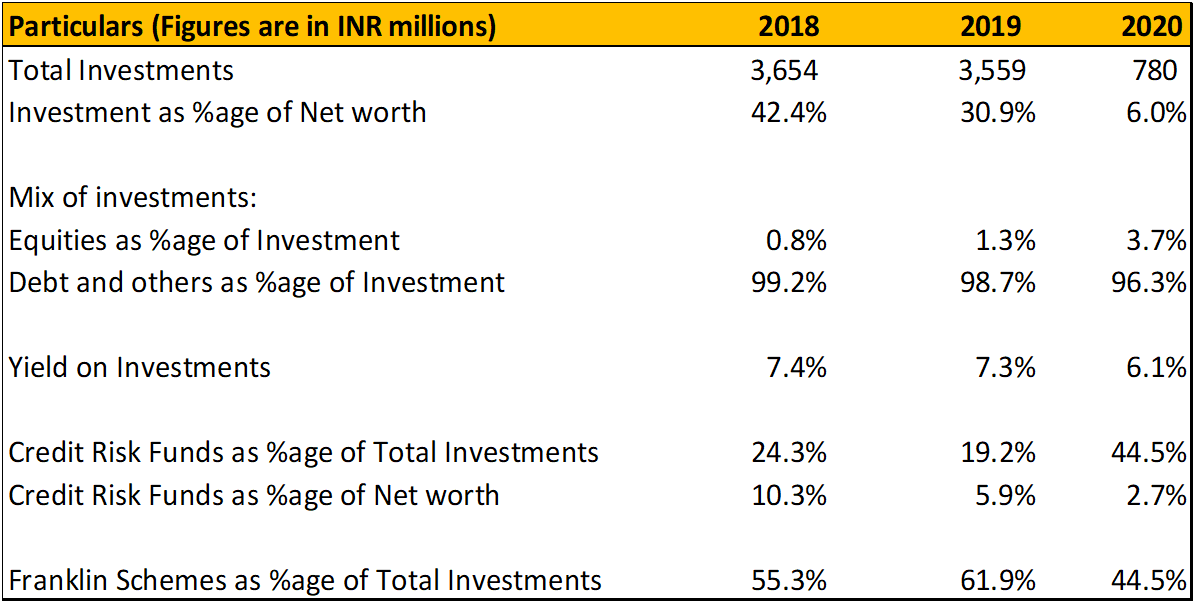 Note: Franklin schemes above includes investment in credit risk fund, income opportunity fund and short-term income plan. All of these schemes were voluntarily wound up by Franklin Templeton in April, 2020.

Investing the company’s treasury investment in credit risk funds just for some additional yield seem aggressive and could impact the shareholder’s equity if company suffers a loss on these investments.

Further, its travelling expenses are also very high, almost twice as compared to peers. Please see the workings below:

Note: Peers report similar expense under different expense group. So, to make it comparable we have combined the above expenses.

Such high expenses for Company compared to peers is peculiar. Company might be charging some other expense in name of promotional/travelling expense. In past, company has been accused of incentivizing doctors to push its expensive drugs through them.

Note: We have contacted the company to clarify these points, but our queries remained unanswered as yet.

It goes on to suggest that ‘reported numbers’ should be taken with a pinch of salt in some cases. Minority investors should question whether the reported earnings are true earnings of the company and whether these are sustainable?

Further, in addition to P&L, they should also always focus on Balance Sheet. Having a net cash position is certainly an advantage, but only if it is prudently used in shareholder’s interests.