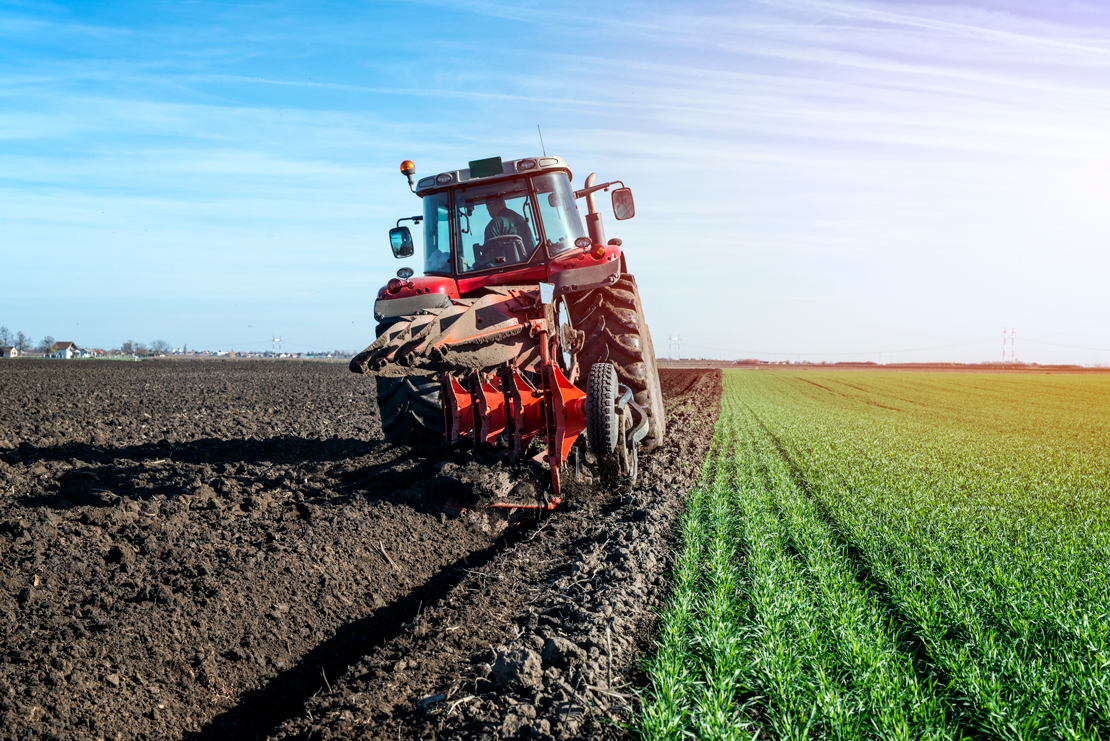 Given that the fundamentals in the agricultural sector appear stable and the sharp rise in the use of renewable fuels across the world, market participants seem to be positively biased towards stocks that are part of the “agricultural story”. But, as always, at Multi-Act, we believe that following the herd and placing bets on stocks that enjoy a pro-cyclical review is futile if one does not also cast an eagle’s eye at the quality of the company’s financials.

For instance, Deere & Co, a well-known global agricultural and construction equipment manufacturer has been enjoying an A rating on its stock. The company has had positive reviews given the excitement around the growing demand for crops globally. The agricultural sector’s improving conditions coupled with the company’s claim to raise dividend by targeting a 25%-35% payout ratio of mid-cycle earnings, seems to indicate that the company is a positive bet. However, Multi Act’s analysis suggests that investors should not overlook some of the serious red flags on the company’s books:-

Questionable Margin Sustainability
The company’s net profit margins on an average have moved very close to +2SD in 2014 (Chart 1). However if we look at the period 1980-2014, we see that this is very high from a historic view; the margins have a tendency to revert to mean. This movement away from the mean has been the main cause for ROE expansion, apart from an increase in leverage (which will be discussed later).

Hence, investors attracted by the P/E ratio (close to 12), should be a little wary. 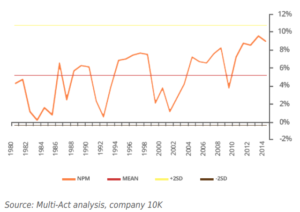 Over the last few years, the company seems to have focused on financing dealers for equipment sales. This shows up as an increase in its finance receivable assets. The major upmoves in this respect occurred in 2006 and 2013. In October 2014, the ratio of finance receivables to total assets was at 52% and finance receivables was 3.9 times tangible net worth. (See Chart 2 and Chart 3 below).

Chart 3: Finance Receivables to Net Worth 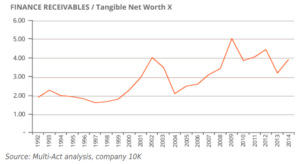 As of October 2014, the company’s pension plan assets to net worth were around 137%. These pension plan assets were reflected on the balance sheet on a net basis, under standard accounting practice. In other words, liability was reported as pension liability minus pension related asset. Owing to which, the balance sheet could not fully reveal the gross total leverage. As of October 2014, if one had to add up pension related assets, the total assets to tangible net worth would be 9 times instead of the reported figure of 7.5 times.

Apart from the company generating higher finance receivables to maintain sales growth, securitization of receivables is also rising, which in turn generates an additional source of credit for growth (Table 1). Being an off-balance sheet liability, this securitization coupled with pension asset leverage can potentially affect the company’s books going ahead. So investors going purely by improving sales numbers; may overlook the fact that it may just be a short-term positive.

Finally, aggressive share repurchases carried out by the company have aided the jump in EPS. As seen in the Table 3 increased repurchases in recent years has potentially improved the EPS. Thus, creating an illusion of higher prospective return for investors.

Conclusion:
It is not unusual for investors to take a positive view on a given stock owing to a “good story.” Just like agricultural stocks in this piece, India has witnessed such moves towards ‘rural’ stocks (companies catering to rural markets), ‘infrastructure’ stocks, and so on. While these ‘stories’ can be taken into account while evaluating a stock, it is far more pertinent to look at the data specific to that company. As discussed in this piece, an analysis of the various elements in a company’s books can reveal potential red flags, which may require an investor to take a more cautious view on the stock, than the overall ‘story’ may suggest.