Evergrande – Next Lehmann or Move along 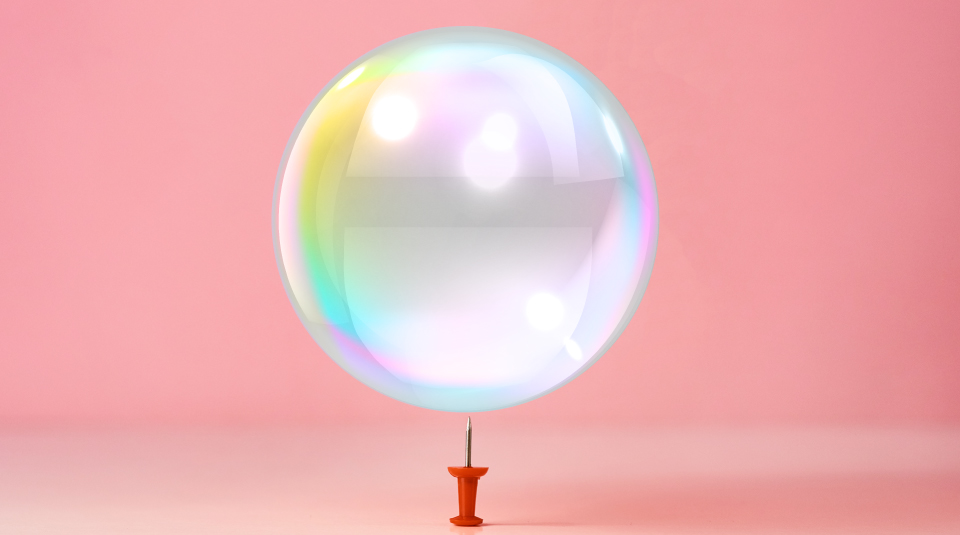 Evergrande – Next Lehmann or Move Along

People tend to look at past to make sense of their present and “predict” future.

Such is the case these days when everyone is comparing debt repayment inability of Evergrande with Lehman crisis from 2007.

There are a set of people who believe that Evergrande default will spillover to other parts of global financial system.

And there are other set of people who have reasons to believe this is nothing and shall pass. This is China’s way of removing excesses. Evergrande’s debt involved is small and largely internal to China. We are in reflationary trade for the decade and are OK with short term volatility, if any.

Somewhere between pessimism from the past lessons and optimism about long term investing lies a today. Something that needs to be considered more than what past has shown and what future holds.

So where are we now?

Without repeating too much, we basically continue to operate in a world where debt levels have risen to never-before-seen levels.

Economies continue to prepone consumption so that pain of slow economic growth is not felt. We thus continue to borrow from the future to consume today. 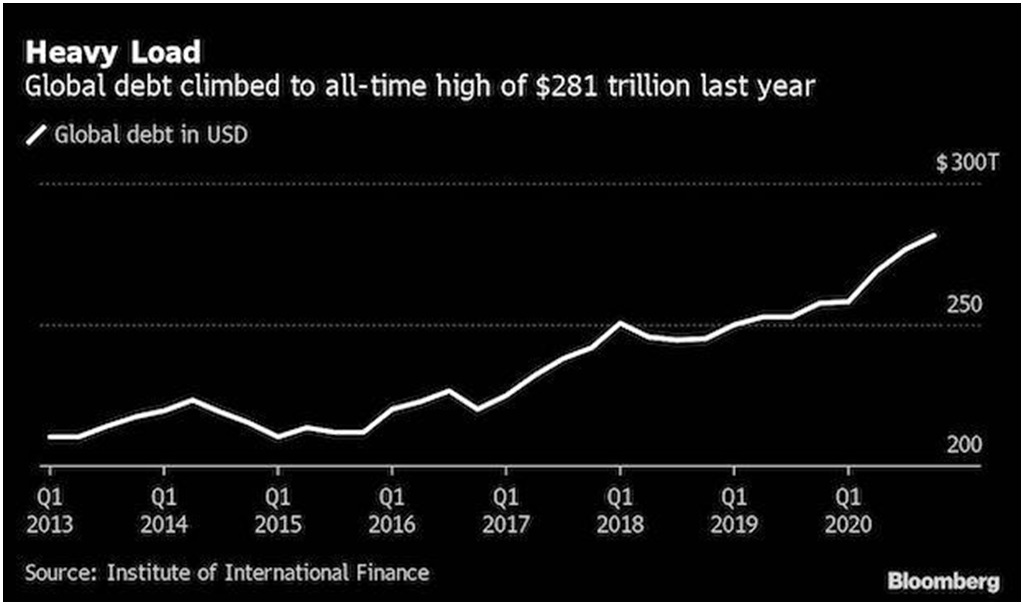 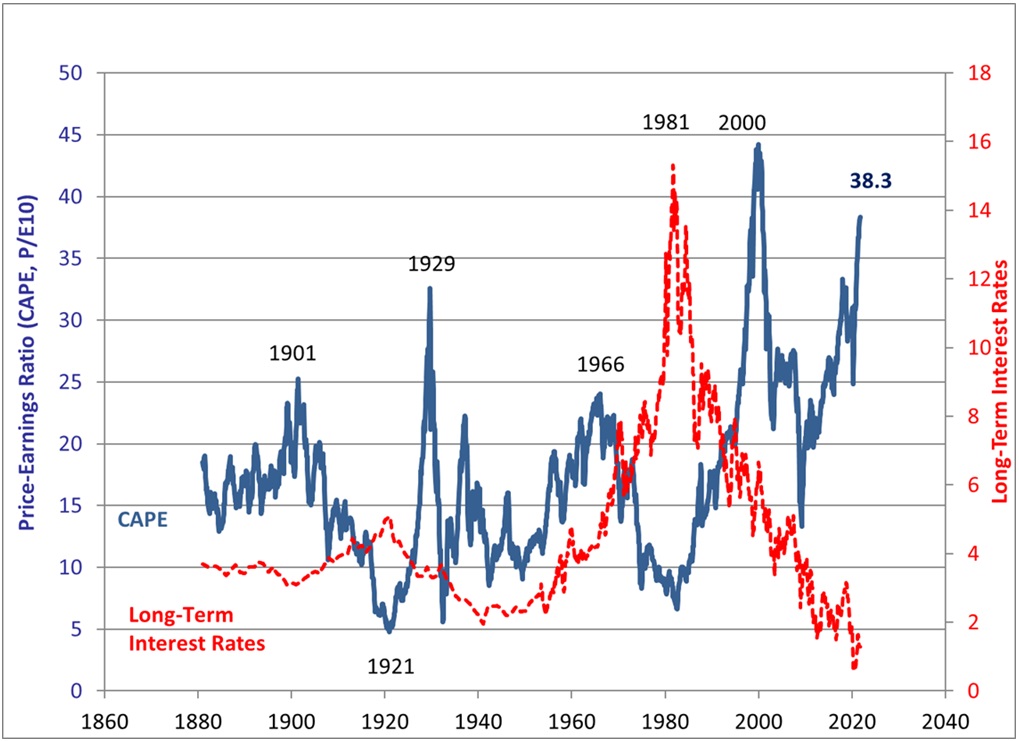 It will also be difficult for most to argue against a case that asset prices are high. By most traditional measures, we are at extreme valuations, and in many pockets in a frenzy or a bubble.

And bubbles need just a small prick to pop.

And now we have Evergrande!

Amidst everything discussed above, there comes Evergrande.

In a way, it had always been there. Just that, market participants have now started to recognize that flow of funds for such blatantly unsustainable activities can also stop.

It has become a poster boy for whatever is wrong with real estate (and many other excesses) in China.

We are talking of an asset class that is valued at $52 trillion. Chinese real estate is potentially the largest asset class in the world currently, even bigger than the US bond market. It contributes to ~20% of the world’s second largest economy.

And now, Chinese real estate has become amongst the most expensive in the world. In terms of affordability, major Chinese cities are witnessing record high Home Price to Income ratio. 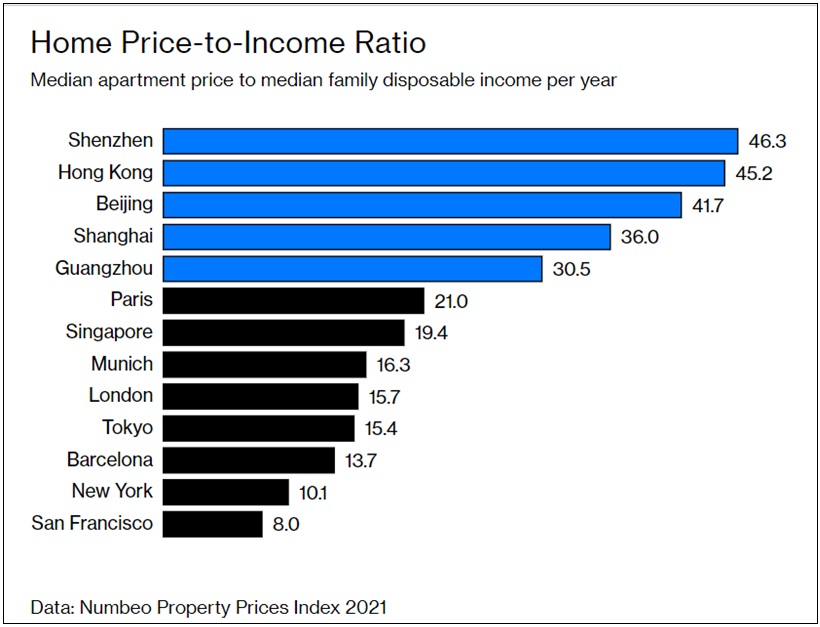 In comparison, Tokyo’s condos had peaked at 18x during 1980s peak.

With China’s housing prices calming, there already are signs of capitulation. The narrative assigned is China’s policy of having equitable distribution of wealth and reining in speculation. But when such actions are taken, excesses of previous 20-30 years can come to the fore, as we had seen in case of Japan in 1980s and US in 2000s. 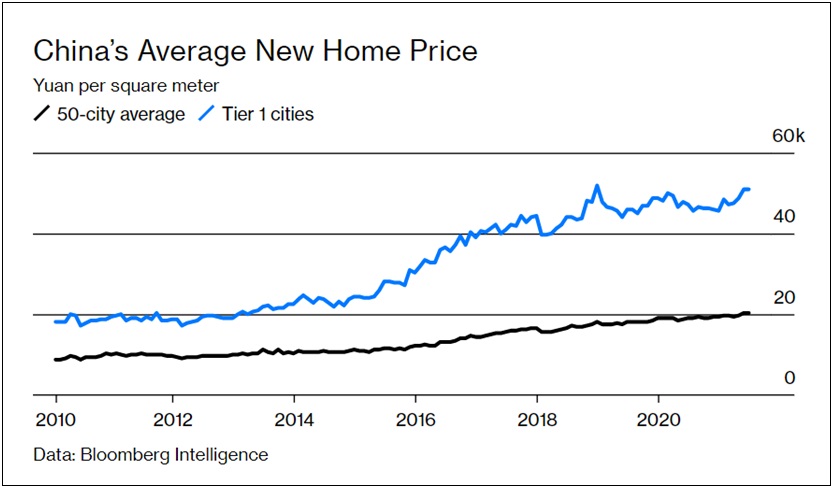 Chinese authorities had been riding on tiger by allowing construction boom to continue and are now trying to get off it.

With Evergrande event, the “genie” appears to be out of the bottle.

And it will may be very difficult to put it back in.

A large portion of Evergrande’s debt is CNY denominated. It is a product of China’s massive M2 or money stock expansion. But it also has ~US$25 billion worth of foreign currency debt.

Even though Evergrande’s US$ debt is “just” $25 billion, it is part of a larger international Eurodollar market. The default by such a large company from China means potentially higher risk perception for $500 bn worth of Chinese foreign currency debt and entire Eurodollar market.

If Chinese debt is defaulting, all ~$12 trillion worth of US$ currency debt issued by countries outside of US can get under the scanner for potential defaults. Asia “High Yield” bonds or low-quality paper market size itself is ~$218 bn. 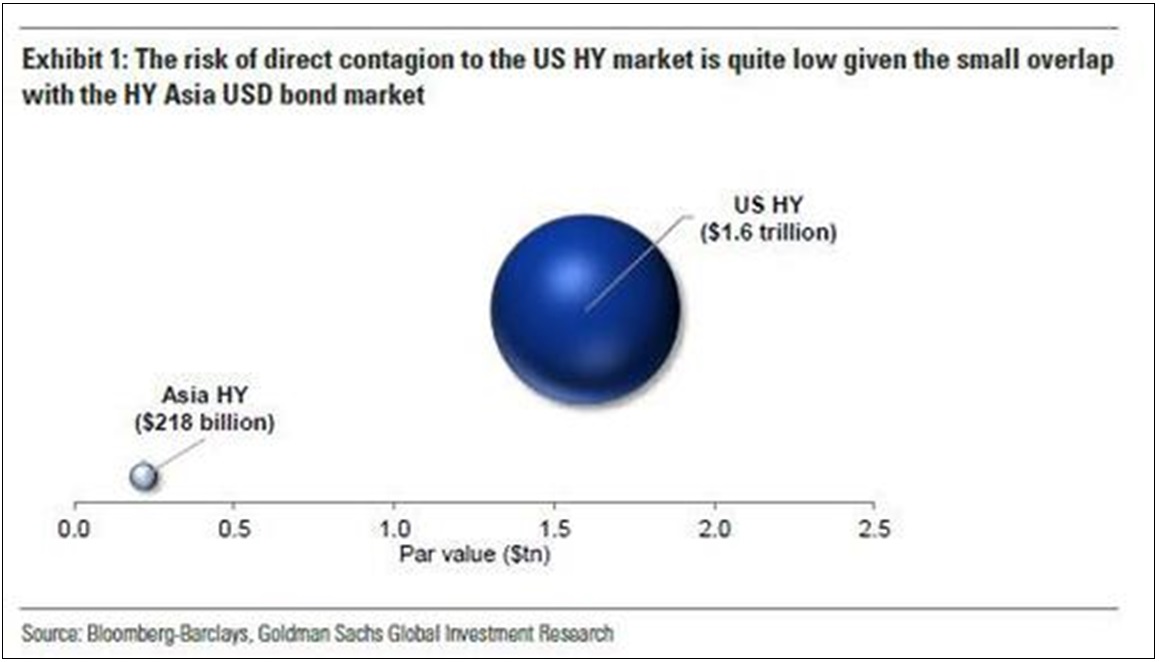 This can have an implication on ability of companies and governments, outside of USA, to easily rollover their US$ denominated debt. Panic and pessimism can seep in. Risk perception can increase.

Despite all its might, China is no US. It cannot print the world’s reserve currency and bring itself out of US$ denominated international debt. 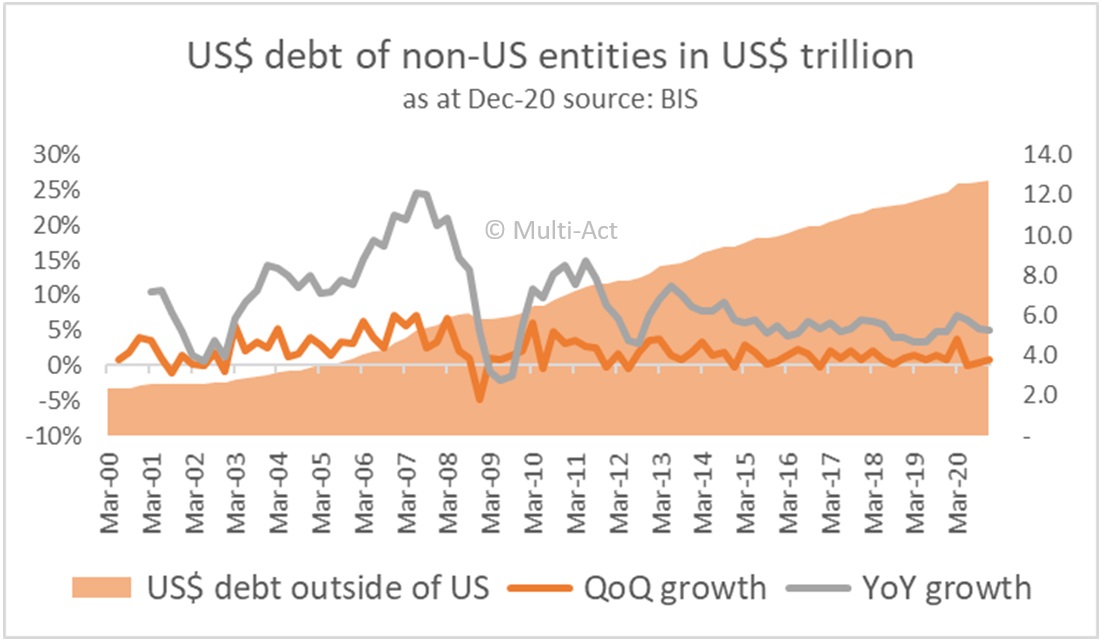 Thus, any change in sentiment in Eurodollar market can cause a ripple effect across financial markets. And we have seen what it means to asset prices. Latest example being Mar-20.

(To know why US$ is thinly available, read Dollar Shortage and Eurodollar market here)

Additionally, when 20% world’s second largest GDP is in trouble and likely to deflate, there can be major ramifications in other areas.

So is Evergrande that prick or not?

Only time can tell.

But, as mentioned above, the “genie” is out of the bottle. It will be very difficult to put it back in. There are ingredients for it to be a prick.

But the point here also is that…

Large parts of equities are in their 90th or 100th decile when it comes to valuations.

Fixed income is left with no income! Bonds are practically fetching nothing or even taking away out of our future purchasing power.

Loss making “disruptive” companies are assigned market capitalization that are more than their traditional counterparts all together combined. As if every such company will “win and take it all”.

We see that financial systems rest on the belief that the liquidity flow from central banks will continue forever.

Events like Evergrande thus poses a major risk for a portfolio if it is dependent upon such fragile financial system.

Thus, instead of assessing if Evergrande is next Lehman or not, one may want to prepare today to ensure a higher endurance level of their portfolio.

To know more on how your wealth can endure, contact us for our Family Advisory and Portfolio Management Services.