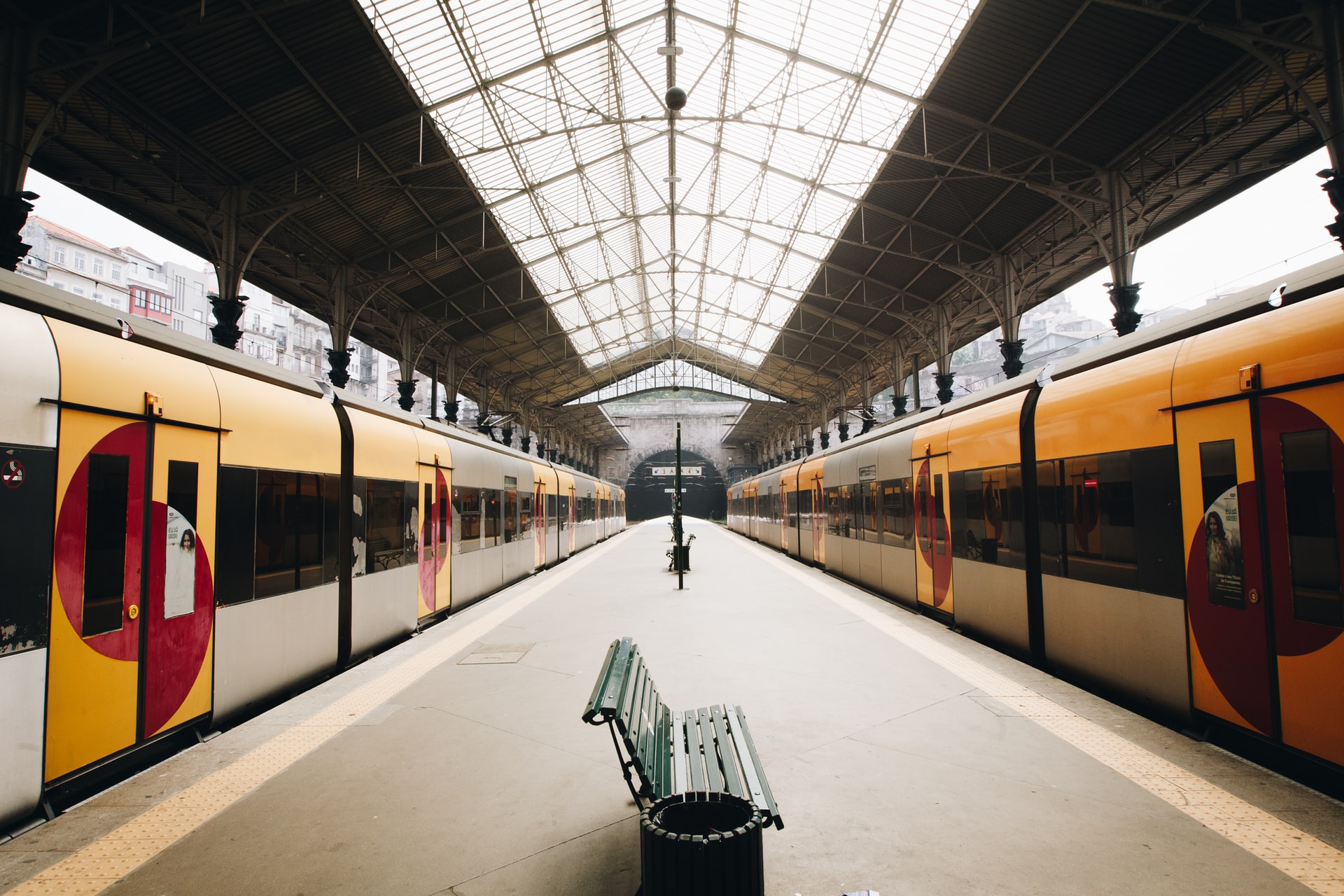 How a change in benchmark can change the outperformance?

Imagine you have just boarded a train. On the left side of the train, there is a platform from which you had just boarded and there is another train on the right. You realise that the other train on the right side has moved slightly, but you are not sure – is my train moving or is it the other one or both are moving? So, you look at the window on your left, looking at the platform now you are certain what has happened. What you have done is use the platform as the reference point to arrive at the conclusion or in other words, use the platform as a benchmark.

Benchmarking is a critical aspect of mutual fund analysis as well. Benchmark selection is very important, and it has a bearing on the overall conclusion.

We will dig deeper into it with an example of funds from the midcap category.

This is a chart that we had shared in an earlier post which highlights that in the midcap category, most of the funds underperformed from 2017 to 2019 but have started outperforming again in recent periods.

In underlying calculations, we had used benchmarks that the mutual funds themselves have declared in their statutory disclosures. Even though funds in the midcap category have the same mandate of investing in midcap space, the benchmark selected differs slightly. Following is the break-up of different indices used as the benchmark: 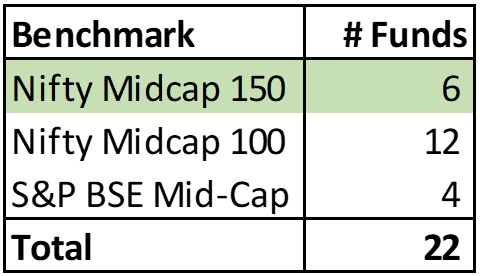 SEBI has made it easier for us to answer these questions. SEBI has defined midcap stocks as those that are ranked 101 to 250 based on market capitalization. This means that ‘Nifty Midcap 150’ fits the bill.

(Note: Nifty Midcap 100 is a subset of Nifty Midcap 150, and S&P BSE Midcap is based on the percentage of market cap covered instead of the number of midcap stocks)

Updated chart with the common benchmark as ‘Nifty Midcap 150’ looks like this:

A noticeable part of the comparison is that the earlier period (somewhere till Mar 2019 or so) looks almost similar in both the charts, but there is visible divergence in recent times. Green area has started to increase in ‘Actual’ chart whereas it is at the same levels in ‘Common’ chart. 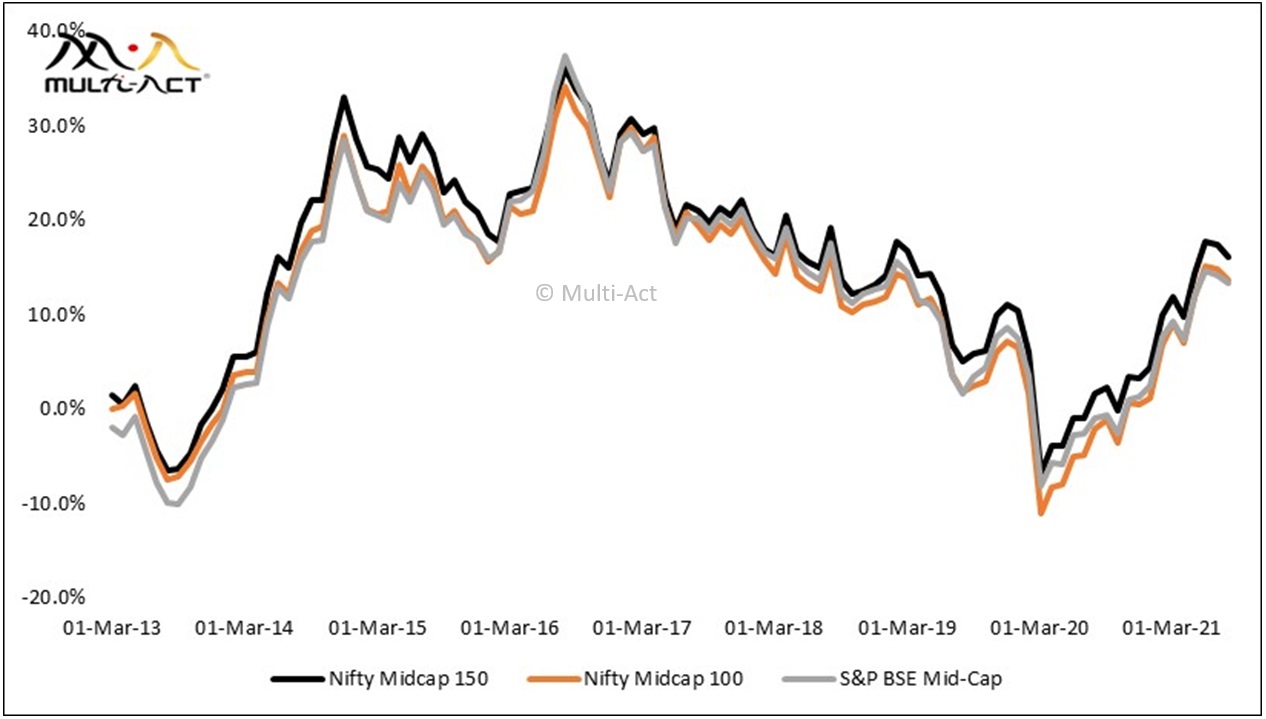 Most of the time, Nifty Midcap 150 has reported higher rolling returns than the other 2 indices. Below charts make this point perfectly clear:

Most of the funds in the midcap category are using either Nifty Midcap 100 or S&P BSE Midcap as their benchmark. However, these 2 indices did not fare as well as Nifty Midcap 150 (which we have considered as a common benchmark for the category) across timeframes. This is the reason for the divergence in the ‘Actual’ and ‘Common’ charts.

This example highlights the importance of using an appropriate benchmark while analysing any fund and how the conclusion changes when we change the benchmark. The category which has started to outperform based on the ‘Actual’ chart does not seem to be doing any better based on the ‘Common’ chart. Right benchmarking exercise will allow us to understand whether we are on a moving train or are still stationary near the platform.