Are We on the Verge of Significant Market Correction? 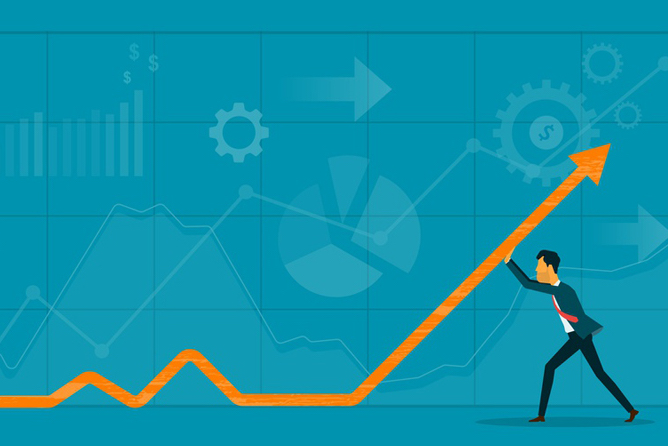 “The party is on and nobody wants to leave the dance floor in a hurry”. 2017 has been a super year for the majority of markets across the globe with the US Market, the world’s biggest market represented by S&P 500 Index, seeing a continuous uptrend giving 19.42% return for the year with not even a 5% correction during the year. India’s NIFTY 50 has outperformed S&P 500 and has given a return of 28.65% for the year.

The Impact of this Excess Liquidity on Equity Market Is Humongous The majority of small cap and mid cap stocks are quoting anywhere between 30 to 100 or beyond P/E multiples.

P/E multiple of 30 has become the new normal. Theoretically, the P/E multiple of 30 implies that a company’s earnings are estimated to grow at a CAGR of 30%. In an economy where the GDP growth rate is estimated to be at 6 to 8% p.a. with inflation in the range 6% to 8%, an estimated growth of 30% in the majority of companies seems unsustainable when the economy itself is likely to grow at an overall 13% to 15% p.a. in nominal terms.

Thus it seems that there is a complete disconnect between the intrinsic value of the majority of businesses and the price at which they are quoting in the market.

The aforesaid significant overpricing could be attributed to huge excess liquidity chasing the prices of handful investable stocks rather than focusing on deriving intrinsic value of a businesses and investing rationally. In India, there are approximately 3,000 tradable stocks of which the first 500 comprise 95% of the total market capitalization. Again, Net Financial Savings as a% of Total Household Savings is approximately 42%. Out of these Net Financial Savings, Direct Equity and Mutual Fund exposure is approximately 4%. Hence, if Inflows continue in Equity Markets and share of Direct Equity and Mutual Fund increases in the future chasing only those first 500 stocks, then P/E multiple of these stocks will be astronomical.

How long will this Irrational Exuberance continue? Nobody knows! Only time will tell.

Are there any triggers which suggest that we may be on the verge of a significant market correction? (Let’s discuss the probable triggers)

Increase in Crude Oil Prices: Brent Crude oil price significantly declined from approximately $110/barrel in June 2014 to approximately $30/barrel in January 2016. After that, Brent Crude oil moved up and was trading in the zone of $40 to $/60 barrel until September 2017. During the aforesaid period of low crude oil prices, India which is a net importer of Crude oil and imports almost 80% of its crude oil, benefited considerably. The Indian Government did not pass on the benefit of decline to end consumers, but instead, levied higher taxes on crude oil which helped improve the fiscal deficit. Other metals like aluminum, steel, copper required for manufacturing/industrial sectors were also available at cheap prices resulting in higher operating margins for the manufacturing/industrial sectors. This helped the Indian Government to keep inflation under control and reduce interest rates considerably. Reduced interest rates caused huge funds from retail investors to flow into the Equity Market in search of higher returns by assuming higher risk. Again low cost of capital caused implied Valuations of businesses to rerate upwards.

However, recently, Brent crude has broken out of the zone $40/barrel to $60/barrel and is currently quoting at around $69/barrel. Technical Analysis of Brent Crude oil chart as stated below indicates that Brent is likely to move up towards $75/bbl in the next 3 to 6 months. As the momentum builds in, headlines like “Crude Oil Likely to Move Beyond $70-$75 Towards $100 /bbl”, “End of Crude Oil “may start creeping in like in the last Bull rally in 2007 -2008. This could actually induce speculative rally in Crude oil.

Other metals have begun to move up recently and will most likely fuel the speculative rally and cause inflation to rise further resulting in the rise of interest rates, cost of capital moving up impacting Valuations of businesses adversely and thus causing significant correction in stock market. Marginal Victory for BJP in Recent Gujarat Election: Marginal Victory for BJP in the recent Gujarat Election may prompt the BJP led Government in the Centre to come up with a populous and generous financial Budget for F.Y. 2018-19 which is likely to put further strain on the fiscal deficit causing a rise in inflation, increasing interest rates resulting in significant market correction.

Technical Analysis of NIFTY 50 Chart: The Technical Analysis of NIFTY 50 chart as presented below suggest that NIFTY is likely to get considerable resistance in the confluence zone of 10800-10900 on daily chart basis. If NIFTY is able to surpass the aforesaid zone, the next logical confluence zone for NIFTY is 11,300-11,500 where it is likely to get significant resistance on monthly chart basis. Thus if probable Fundamental triggers as stated above confluences with Technical Resistance Levels mentioned, we may see significant correction in the market in 2018 with the caveat, “The market can remain irrational longer than you can remain solvent“. Let’s keep our fingers crossed.